It has been reported that Gabriel Obertan threw a wobbler at Newcastle United yesterday. 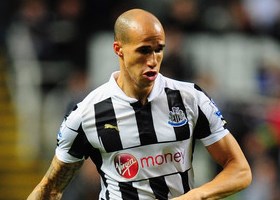 The Daily Mail reported that the former Manchester United winger reportedly ‘flounced off in a huff’ after being told he is not going to be involved in the clash between Newcastle and Arsenal.

It is said that spectators near the players’ car park saw the 24 year old Frenchman leave St James’ Park about an hour before the 1.30pm kick-off and apparently he did not look in the mood to return.

The French winger has been on the Newcastle bench for most of this season and has yet to make a Premier League start.