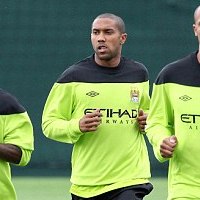 Manchester City fullback Gael Clichy has revealed that he quit Arsenal in order to win trophies.

In the six years since Clichy’s second season brought him an FA Cup medal there has been nothing to show for Wenger’s commitment to the beautiful game apart from plaudits.

And Clichy said: “After spending eight years with Arsenal it would have been easy to sign a new contract to stay there because they are a fantastic club that will always be challenging for trophies.

“But it got to a point for me where I didn’t just want to challenge for the titles only to be disappointed in the final weeks of the season. I wanted to play for a club that would win them.

“This isn’t meant as a criticism of Arsenal but I joined City because I felt that this was a club ready to win important trophies over the next few years.

“People might question how I can leave Arsenal for Manchester City but look at last season. At Arsenal we were challenging for all four trophies at one point.

“We were fighting for the league, in the knock-out stages of the Champions League, the quarter-finals of the FA Cup and the final of the Carling Cup.

“But in the end we finished fourth and without a trophy. City came third and won the FA Cup. So I am joining a club that are winning trophies. I don’t feel I have joined a club that is inferior to Arsenal.”

Clichy added: “Okay, Arsenal have a great history, but when you are a footballer you think only of what the future will bring.

“Of course, nothing is guaranteed here. It never is in football. But I believe I have made the right decision based on how I have watched this club develop over the last two years.

“It was so frustrating at Arsenal. At times last year, we played some fantastic football and looked as good as any team in the league.

“But there were also times when we had injuries to our best players and we couldn’t cope. If we lost Cesc (Fabregas) or (Robin) Van Persie then the team really suffered.

“I’ve only been at City a week but I look around and see a squad that is strong.”