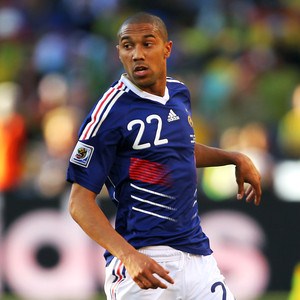 Interesting news are out and it has been reported that Arsenal fullback Gael Clichy is hoping to help France fans forget Manchester United ace Patrice Evra.

The Gunners young left-back is expected to start in the Euro 2012 qualifier against Belarus on Friday in place of Evra, who captained Les Bleus during the World Cup debacle and was suspended for his part in a player revolt.

Despite his obvious talents, Clichy has been restricted to just five international caps because his Old Trafford rival’s brilliance, but now comes an opportunity to turn the tables.

“I can’t hide it, the door is slightly open,” said Clichy.

“I have a few months, a few training sessions and some games to show that I can settle in to the France team.

“But we are talking about a player (Evra) who has played about 30 times for France, Pat can’t go out like that.

“Competition is fierce, as there is Aly Cissokho and Benedict Tremoulinas who are fighting for a spot. Only the best person will play.

“I am eager to show the coach that I can bring something to the group. If I am playing on Friday, I will give it my all.”

Lippi : I Will Only Consider Amauri When He Becomes Full Italian Citizen