Reports are out claiming that Manchester United and Chelsea are back in for Galatasaray midfielder Wesley Sneijder. 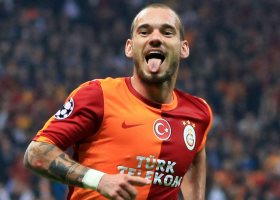 The Daily Star claims that quotes have emerged from those in lofty positions within the Turkish club that United had an ‘indirect’ offer rejected in the summer.

Galatasaray Sportive Coordinator Bülent Tulun confirmed there had been an approach of sorts.

Tulun said: “Sneijder received an indirect offer from Manchester United last summer but it was not accepted.”

Galatasaray president Unal Aysal has spoken of Chelsea’s interest and named their price.

Aysal said: “If Chelsea were to offer a deal worth over €15 million (£12.5m) I would give Sneijder permission to leave if that’s what he wanted.”