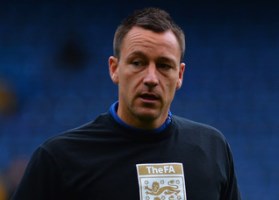 Reports are out claiming that Turkish giants Galatasaray are set to end their pursuit of Chelsea captain John Terry.

The Daily Mail reported that the former England captain, out of contract at the end of the season, had been named as a priority target by Galatasaray boss Roberto Mancini, who is eager to bolster his defence in January.

But the Turkish giants will look elsewhere after being told Terry is not expected to move in mid-season.

Petr Cech : Champions League Group Stage Will Be A Breeze!

Obi Mikel : I Am Playing In My Best Position!