Reports have emerged claiming that Turkish side Galatasaray are believed to be weighing up a shock move for Arsenal winger Alex Oxlade-Chamberlain. 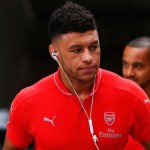 The 22-year-old England international joined the Gunners from Southampton in 2011, and has since notched 121 appearances for the club in all competitions.

A report from The Mirror claims that Gala will try and lure the England international to Istanbul.

It is added that Arsene Wenger’s side have begun talks with Oxlade-Chamberlain over a contract extension, and will not entertain any bids for the player.

Oxlade-Chamberlain has three years left on his current deal at the Emirates .