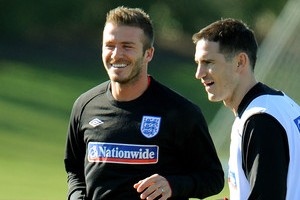 MLS commissioner Don Garber has confirmed that LA Galaxy star David Beckham will be back in the USA after this year’s World Cup.

The England international is currently on loan with Italian giants AC Milan as he prepares for the tournament in South Africa which kicks off in June and Garber says he will definitely be back as a MLS player afterwards.

Garber also said that David Beckham has been a success snd that there are always going to be people, particularly in England, that look at everything and don’t see the positives.

Liverpool Confirm Skrtel Out For The Rest Of The Season