It has been reported that MLS commissioner Don Garber is delighted to hear Manchester United captain Wayne Rooney talking up a future US move. 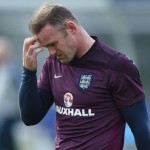 Garber admits he was thrilled to hear Rooney admit he would like to join the MLS at some stage of his career.

He said: “We are very focused on trying to not talk to players who are under contract, because we are the ones who genuinely suffer most from that.

“We try to honour that concept, but I was very pleased to hear that.” Robin van Persie Eager To Do Better In The Champions League