It has been revealed that Gareth Bale is convinced that he will win silverware with Real Madrid. 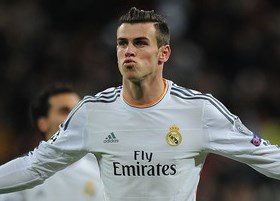 The Wales international star is now showing his best form for the Spanish giants.

On Cristiano Ronaldo, Bale added: “In my view Cristiano Ronaldo is the best player in the world. This season he is showing what a great player he is. And he does it under pressure like he did against Sweden. He is the best by a long way and he shows it in every match.”