It has been reported that Usain Bolt has hailed Gareth Bale’s wonder goal for the Copa del Rey final win over Barcelona. 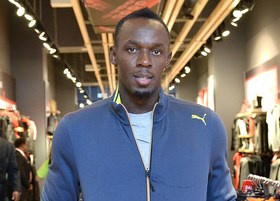 The Jamaican sprint king declared the Welsh international as “the fastest” in the game.

“It was a great goal,” Bolt told Marca.

“He showed his great speed when he swept past the defence and then kept his cool and slipped the ball under the keeper’s legs.

“It seems his past as an athlete [in Cardiff Institute] helped him in this move. It’s a goal any sprinter in the world would like to score one day. He’s the fastest footballer in the world at the moment.” Charlie Davies Back Training with Sochaux After Horrific Accident