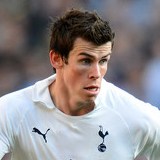 The Welsh international star admits a move to one of Europe’s top clubs would be hard to resist.

“If you are talking about Barcelona or Real Madrid, two of the biggest clubs in the world, then it’s a bit like Harry and England, it’s a once-in-a-lifetime dream,” he told The Sun.

“If you said to any young player that you could play for Barcelona or Real would they turn it down? Probably not.”

He added: “If a bid was accepted you would obviously have to seriously consider it.

“But that has not happened so, at the moment, I’m just concentrating on Tottenham.”