It has been revealed that Tottenham winger Gareth Bale has been the subject of a death threat amid his Real Madrid transfer saga. 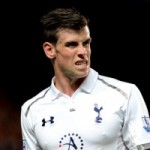 The Daily Star claims that the chilling message came in a telephone call to the Spurs training ground in Enfield, Middlesex, on Sunday around tea-time.

Sources close to the Welsh international have confirmed the threat was brief, and has been taken seriously.

The 24 year old former Southampton star was not at the training ground when the call was made but it is understood security has been stepped up in the light of it.