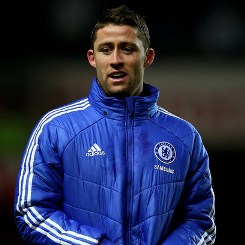 Chelsea threw away a 3-0 lead against Manchester United on his debut for the club.

The England international said : “It felt like I was thrown in at the deep end and I’ve come away from the game with a sickening feeling,”

“The mood in the dressing-room after the game was really flat. We were all disappointed because when you’re 3-0 up you should see the game through.

“It was fantastic to be involved in such a high-profile game but, even though we drew, it feels like a loss and it has put a dampener on my debut.

“We started the second half fantastically but then United were awarded two penalties. I didn’t think the second one was a foul.

“That was the crucial decision and it was really disappointing. The first one was probably a penalty but the second one was right in front of me and I didn’t think it was a foul at the time and I haven’t changed my mind after watching the replay.”