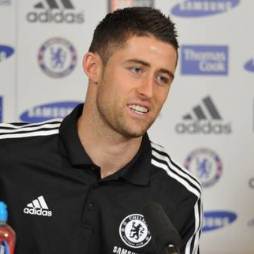 Gary Cahill is planning on becoming a much better player now he has changed Chelsea.

The England defender departed Bolton during the week after initially joining the Trotters in 2008 and with all due respect, is eyeing individual improvement now he has joined a team likely to be on top more often than not.

The England international said : “My form this season has been bit of a rollercoaster, but overall I’ve been pleased with the way I’ve been playing,”.

“For England I’ve been really pleased, whereas for Bolton it started dodgily before coming into my own over the last couple of months.

“By joining Chelsea from Bolton I’m jumping from one scale to another scale and hopefully having fantastic players around me will make my job easier.

“I’ve come from a team that is under a lot of pressure and doesn’t have too much of the ball, and I’m not being disrespectful.

“With Chelsea you’re in possession and on the front foot all the time. That will help me and you’ve seen that from me with England.

“It’s great to be able to get on the ball and express yourself, whereas sometimes at Bolton we played a little bit more direct.”