It has been reported that Manchester United legend Gary Neville is convinced Paddy McNair can make it at Old Trafford. 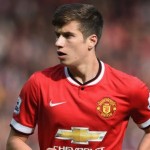 The Ulsterman has broken into the first team this season, but comes off contract in June and is yet to settle on new terms.

“He is a good footballer. Van Gaal has put him in the first team and there were a few unfortunate experiences, such as when he was substituted before halftime against Southampton,” Neville told Sky Sports.

On McNair’s performance in victory over Liverpool U21s on Monday, Neville added: “As he was finishing that goal, there was a rush of pride. He played a good first half and then he proved he could play as a defensive midfielder.”