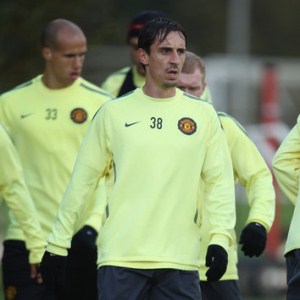 In his column for the Sunday Times of Malta, Neville wrote: “It’s certainly been an interesting week at Manchester United with Wayne Rooney agreeing his new contract.

“At one point it did look like he could be leaving the club but all I can say is the end result was the right one for both Wayne and Manchester United.

“He is very popular in the changing room and he’s a well liked person. He has made absolutely the correct decision for his football career and his life outside of ­football.

“This club is set up to win trophies and we have done so regularly in the past 20 years. As a club we never want to lose great players, particularly when they’re at their peak.

“He has apologised to the fans and everyone else connected with the club so we have to put it to bed now. While there will always be fallout from an incident like this, as soon as we get back to playing football and Wayne gets back on the pitch it will all be forgotten about.”