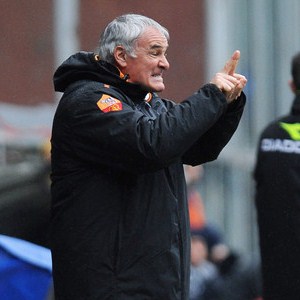 Genoa recovered from three goals down to beat Roma 4-3 and increase the pressure on Giallorossi coach Claudio Ranieri in a dramatic encounter at the Stadio Luigi Ferraris.

Alberto Paloschi gave them further hope in the 68th minute before Palacio brought them level six minutes later. And the two goalscorers combined for the winner in the 85th minute with Paloschi netting his second goal of the game to complete an amazing turnaround.