Former Arsenal boss George Graham insists that the Gunners does not need to fear no-one in Europe. 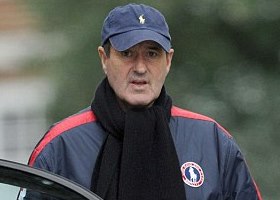 The Premier League side face a tough test when the Champions League draw is made tomorrow for the knockout stages after coming second to Borussia Dortmund in their group, following a 2-0 midweek defeat at Napoli.

Graham said: “They have been excellent this season.

“If you look at their track record over a number of years away from home in the Champions League, they have taken on some big, big teams and actually got great results and surprised a lot of people.

“There is no reason they can’t do it again.”