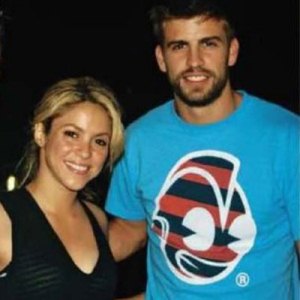 Gerard Pique has confirmed his relationship with pop star Shakira after a request from Barcelona coach Pep Guardiola.

It is said that Guardiola had concerns the speculation over the relationship and the media frenzy around it was affecting the Spain international’s form.

With paparazzi sitting outside his home and at training – as gossip mags put a price of €150,000 for a picture of the Barca defender together with Shakira – Pique posted a photo of himself with the Colombian star on his Twitter site.