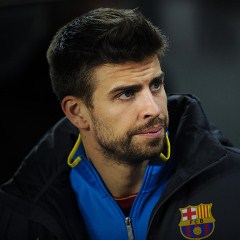 Barcelona defender Gerard Pique has declared that the departure of coach Pep Guardiola is “traumatic” for him.

The Spanish international is said to have fallen out with Guardiola during the season, but he insisted: “His departure is traumatic for me. I feel a much better player thanks to him and the whole team has learned a lot. He’ll leave a void, but we’ll carry on with Tito and we’ll do well. That’s football, eras come to an end.”