It has been reported that Barcelona defender Gerard Pique is happy to face Real Madrid in the Copa del Rey final. 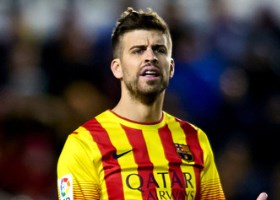 The Catalan giants overcame Real Sociedad this week to reach the final.

“The most important thing is that we’ve qualified, it will be a very good match. There’s a rivalry between the two teams, and finals are meant to be won,” Pique told the club’s official website.

“Barca are doing well after the tough blow against Valencia and we have to try to maintain our form throughout the 90 minutes of play.”