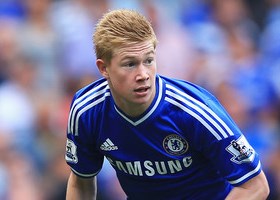 The Mirror reported that Bayer Leverkusen and Werder Bremen are keeping an eye on the 22 year old Belgium international.

And Wolfsburg believe the former Racing Genk star – bought by Chelsea for £6.7m in January 2012 – would be a good short-term replacement for their injured Portuguese winger Vierinha.

Jose Mourinho Linked With A Return To Chelsea