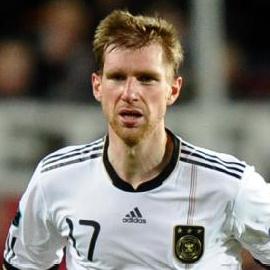 Interesting news are out and it has been revealed that Germany coach Joachim Low has confirmed Werder Bremen defender Per Mertesacker is set to sign for Arsenal.

Reports suggest that the Germany international centre back could be available for as little as around £8million because of Bremen’s financial problems.

Arsenal boss Arsene Wenger has long been linked with Mertesacker, who is currently on international duty.

Germany boss Low said on Tuesday: “Per contacted me last night and informed me (about Arsenal’s interest).

“I told the player that I would release him for the day.”