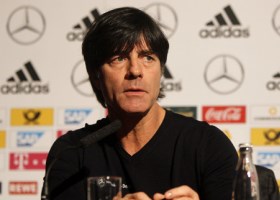 The former Real Madrid playmaker has been suffering a form slump since the New Year.

Low told BILD: “I’m counting on Mesut (for Brazil), because I know that he wants success in tournaments: he’s shown that in the past.

“‘If you’re playing at Real Madrid or Arsenal, you have to live with criticism when it isn’t going well. Mesut can do that very well indeed.” Chuba Akpom Determined To Make It At Arsenal