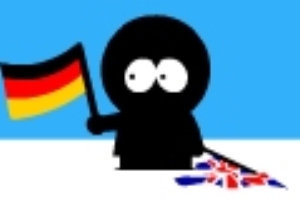 Hi guys, came across this rather interesting video on Youtube today. Unfortunately i don’t understand a damn thing it saying. I guess the video clip in in the German language and it uses the characters that look like the characters from the South Park cartoon.

I also understand from the title of the video (Gimme Hope) that the entire German football community is hoping on coach Joachim Loew to deliver the 2010 World Cup. (i might be wrong)

I also noticed that the video touches on most of the other World Cup teams and their situations in a funny manner.

In the meantime, enjoy the video guys. I think its hilarious. (even though i don’t understand a damn thing)