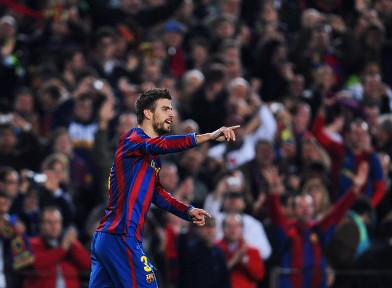 After a successful return to Barcelona last season, Gerard Pique will be rewarded with a bumper new contract.

It has been reported by the Spanish media that negotiations are yet to begin, but the Barcelona management have decided to hand the Spain international defender a new deal through to 2014.

It is believed that his terms will also be raised in line with the club’s highest earners to around €5 million-a-year.

Arturo Canales, Pique’s adviser, has been assured by Barcelona president Joan Laporta that the former Manchester United defender will be the next of the club’s top players to have handed a new deal.

Arsenal Not Giving Up On Barcelona Striker Toni Sanabria