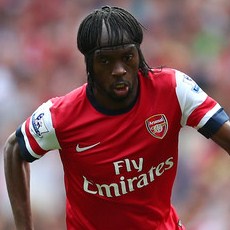 Gervinho has admitted that Arsenal’s defeat to Chelsea is hard to take.

The Ivory Coast international scored his fourth goal of the season with a smart finish against Chelsea but ended up on the losing side as the Blues ended Arsenal’s unbeaten start to the campaign.

“These games against opponents for the title, we can’t afford to lose them, especially at home. They count a lot in a season.

“We had a great team against us, with great players, technical players. Chelsea managed to keep the ball well and caused us problems.

“It would have been great for us to win it but we had no luck and we were not as good as our last game. It’s a big disappointment. But we need to swallow this defeat and to focus again on Wednesday’s game – because that is another big game.”