AS Roma winger Gervinho insists that his time at Arsenal was not a failure. 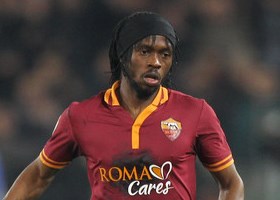 The Ivory Coast international did not hit the heights expected of him in north London following his July 2011 move from Lille which prompted a move to Italy this past summer.

Despite finding regular starts hard to come by with the Gunners, the 26-year old insists his spell at the Emirates Stadium was not a disappointment.

“I think my adventure in London was positive,” said Gervinho who has scored six goals in 20 appearance for Roma this season.

“I have always dreamed of playing for Arsenal, and I had a good time there.

“It’s just a shame that I could not play anymore. But it is not a failure.

“My qualities work in all leagues, I just need to trust.

“The Premier League is the physical and intense, while in Italy there are smaller areas.”