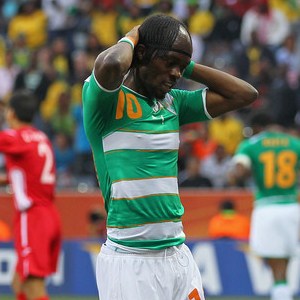 Lille striker Gervinho is once again being linked with Premier League side Newcastle United.

The 23-year old Ivory Coast international star has impressed with Lille and has attracted interest from clubs in both England and Spain.

However it is Newcastle who currently holds the pole position after Gervinho hinted he is a fan of the club and could quite possibly end up there when his contract at Lille runs out.

“Newcastle are a good team,” he said.

“I have been linked to various teams now but I am still under contract at Lille until 2012, so I am not worrying.

“We are top of the league and I want to win that. At the end of the season we can sit down and see what the next step will be. I want to concentrate on my football.

“The Spanish and English leagues are two of the best in the world and it would be a privilege to play there, but I belong to Lille until 2012.”