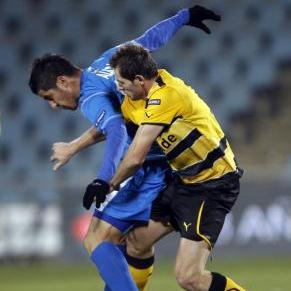 Getafe bid farewell to the Europa League on a winning note after easing past already-qualified Young Boys 1-0 at the Coliseum Alfonso Perez.

With no chance of a top-two finish in Group H, Getafe coach Michel opted to give some of his fringe players a chance and it was one of the newcomers, 20-year-old striker Adrian Corpa, who struck the only goal of the game early on.

The result meant Getafe finished third in the group, two points behind Young Boys, and the Spanish club are sure to be thinking what might have been after conceding an injury-time equaliser in their previous match at Odense.