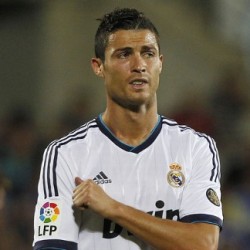 Real Madrid’s disappointing start to the season continued as they suffered a shock defeat at local rivals Getafe despite leading at half-time.

Madrid had won their last seven league meetings against Getafe and appeared set for another triumph when Gonzalo Higuain put them ahead in the 27th minute.

However, Getafe hit back in the second half to stun their star-studded opponents with goals from Juan Valera and Abdelaziz Barrada.

That completed a forgettable first week to the new campaign for Jose Mourinho’s side, who started their title defence with a 1-1 home draw against Valencia last weekend before losing 3-2 to arch rivals Barcelona in the first leg of the Spanish Supercopa on Thursday.