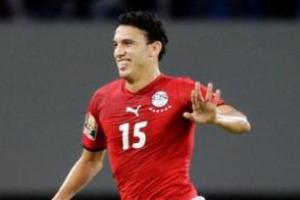 Egypt won a record seventh African Cup of Nations title, their third in a row, after a late goal from Mohamed Nagy Gedo gave them a 1-0 win over Ghana at Estadio 11 Novembro in Luanda, Angola.

The Ittihad Alexandria midfielder, a relative unknown before debuting on the eve of the tournament, came off the bench to score his fifth goal in the tournament with a sweet 85th-minute finish in a tight game.

The win was consolation for their heart-breaking World Cup play-off defeat to Algeria and rounded off a day of records: in addition to the Pharaohs record haul, Ahmed Hassan and Essam El-Hadary picked up record fourth winners’ medals, coach Hassan Shehata and skipper Hassan became the first to win three in a row and Gedo became the first tournament top-scorer to solely feature from the bench.