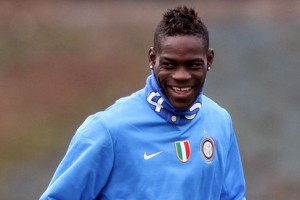 Interesting news are out and it has been reported that Ghana FA boss Kwesi Nyantakyi has revealed they are still interested in convincing Mario Balotelli to play for the Black Stars.

Balotelli, who was born to Ghanaian parents in Italy, only gained Italian citizenship in 2008 despite spending his entire life in the country.

Balotelli, now age 19, has always stressed his ambition to play for Italy at senior level, but Nyantakyi has revealed that Ghana remain keen on the player.

Nyantakyi told Joy FM : “Even though Balotelli has in the past snubbed us, we still think that anytime we are able to get him he will help,”.

He also added that : “Two days ago, in my discussions with the coach, we still discussed Balotelli and other players young players like (Lenny) Sowah, Adam Kwarasey in Norway and many others.

“We will pursue to strengthen our team and make our team the best in the world.”

Balotelli, though, has stressed again that he wants to play for Italy and has hailed new coach Cesare Prandelli.