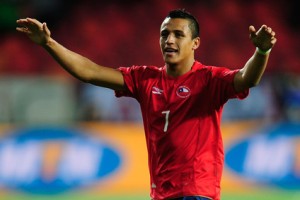 The player currently plays for Italian side Udinese and club president Giampaolo Pozzo has declared that he will not consider offers for the winger who can also double up as a forward.

The versatile player has been linked with European giants Manchester United.

However Pozzo said : “No one is on the market. By that I mean I am confirming everyone’s place in the squad. As for Sanchez, I would also like to be the President of Fiat… Alexis will come back to Udinese and he will stay here. Next year will be his consecration, hopefully as a trequartista playing closer to goal.”