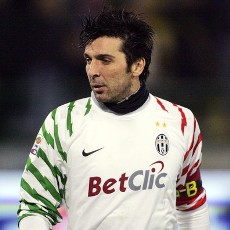 Reports are out claiming that Juventus goalkeeper Gigi Buffon is close to extending his current contract.

The 34 year old Italian international goalkeeper is expected to sign a deal until June 2016 after the Champions League tie with Chelsea.

A Scudetto win would see him net an extra €500,000, while a Scudetto and Champions League double would deliver €1.5m.