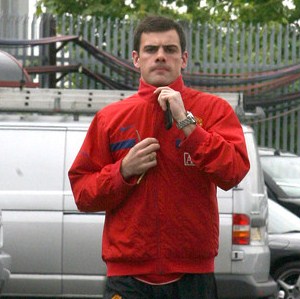 Manchester United midfielder Darron Gibson insists that allegations against Wayne Rooney regarding his involvement with prostitutes have taken their toll on the England star.

The former Everton striker has been on the media spotlight and is finding it tough to cope with all the negative press focussed on him after news emerged that he had been cheating on wife Colleen with ‘working girls’ and Gibson has not denied that the 24-year old star’s form has been affected by the media circus.

Gibson told Sportsmail : “The scandal, if you like, in the papers didn’t do him any favours,”.

“It probably did put a lot of stress on him. That could be a part of the reason why he’s not playing well.

“Obviously, he lost his form in the World Cup and it hasn’t come back again. But around the training ground he’s still the same person as he was last season when he was scoring goals.”