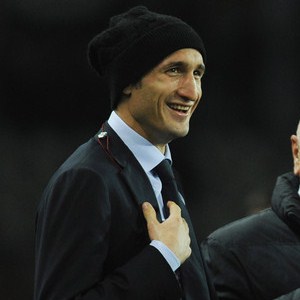 It has been revealed that Juventus defender Giorgio Chiellini is not about to leave the club despite reports suggesting otherwise.

The 26-year old Italian international centre back has emerged as a target for English champions Manchester United, as well as Spanish giants Real Madrid.

However rumours of a mooted Stadio Olimpico departure are premature according to his agent, Davide Lippi.

“The player has already confirmed that he wants to stay, even though he is clearly disappointed at how the season has gone for Juventus, ” Lippi told calciomercato.it.

“The interest of Real Madrid and Manchester United is flattering, but they are merely courting him because Giorgio has never hinted that he is ready to end his adventure with the Bianconeri.”