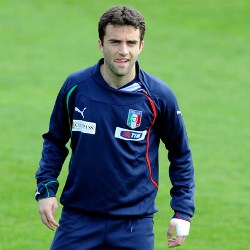 Villarreal striker Giuseppe Rossi is open to a move to Napoli.

Despite again being linked with Juventus today after an alleged meeting on Tuesday, the striker’s agen Federico Pastorello is refusing to rule out the San Paolo option.

Pastorello admitted : “Napoli would be a dream, a destination that Pepito would certainly accept,”.

“I already spoke to Napoli a while ago…”

However, the representative did seem to suggest that the Azzurri would have to dig deep into their pockets to make the move happen.

“His wages would be a big problem in relation to any possible bid,” Pastorello added.

“They would be higher than the current salary cap at Napoli.”