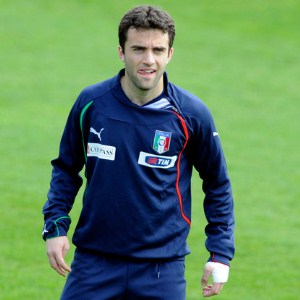 Giuseppe Rossi has revealed that it is possible that he could leave Villarreal in the summer.

The Italian international striker has been linked with Barcelona and Juventus in recent weeks, but he insists he’s just focused on his present club for now.

“I’m doing well,” he told Mediaset after scoring in the 5-1 Europa League victory over Twente.

“This is my best season and I want to end it in the best possible manner.”

Having played in England, Italy and Spain during his career so far, Rossi was pressed on which championship suits him best.

“I’d say the Spanish one,” he replied.

“I know that people are talking about Barcelona, but I’m happy at Villarreal so it is something I am not thinking about.

“Juventus? We’ll see what happens when the season comes to an end. Anything can occur in the summer market.”