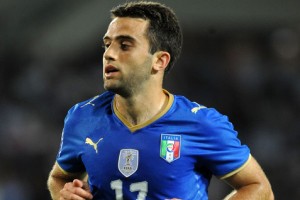 The agent of Giuseppe Rossi has declared the striker is leaving Villarreal at the end of the season.

Villarreal are in financial trouble and need to sell players to balance the books.

“He is followed by many clubs, but we are in no hurry.”

When asked about interest from Napoli, Pastorello replied: “You’ll have to speak with De Laurentiis.

“There was an approach from Fiorentina some years ago, but it didn’t amount to anything.

“Now, with (Adrian) Mutu’s suspension, the Viola could be back on him.”