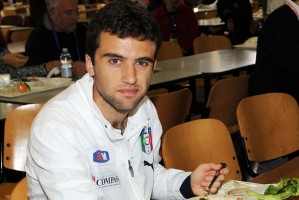 The agent of Villarreal’s Italian striker Giuseppe Rossi admits a return to Serie A could be on this summer.

It has been reported that Napoli and Juventus are chasing the Italy international, while there remains Manchester United, which are said to have first refusal on the US-raised forward.

Agent Federico Pastorello said that Rossi’s future is in the balance and that at this moment Villarreal are in great difficulty and it is unlikely that they will qualify for Europe.

He added that this means players of a certain level will push to leave and, faced with a club that presents a good offer, Villarreal could sell Rossi.

He also added that he does not know if Rossi will return to England or Italy, but he find it fairly obvious that the striker’s future will not be in Spain.

He added that Napoli are among the best sides in Italy and that he would be happy to have another of his players in the squad. Sebastian Giovinco Linked With A Move To Villarreal