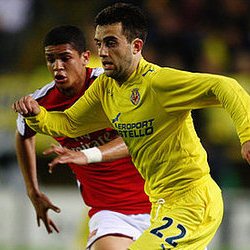 Villarreal striker Giuseppe Rossi has revealed that he feels the team is capable of something special this season.

The Yellow Submarine are alive in three competitions.

The Italian international said : “We believe we can have a great season in La Liga, The Copa del Rey, and Europa League,”.

“In 2011 I expect to win something in my career as I haven’t done so very often. I want to lift a trophy towards the sky. A player’s goal is always to win.”