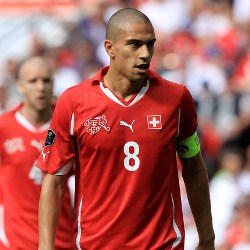 It was widely reported the 26 year old Swiss international turned down the move, partially prompted by his wife, because he preferred Turin.

Inler told Il Mattino : “I have not made any decision,”.

“I don’t know why certain things were written. I never rejected Napoli, nor did I say I was determined to join Juventus.

“I was simply flattered by the interest from the Bianconeri, just as I am happy that Napoli want to focus on me.

“Together with my agent, we will decide on the best option for the future. Money will not be the main force behind my decision, but rather the plans and ambitions of the club. I want to win.

“I believe firmly in destiny. If destiny wants it, then I will play for Napoli, but right now I really don’t know anything. I just want to relax and decide what is best for me.”