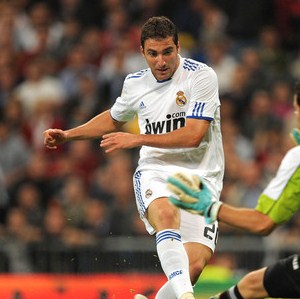 Good news for all Real Madrid fans as striker Gonzalo Higuain has returned for for the club just two months after undergoing a back surgery.

The 23-year-old Argentine international striker played an hour for Real’s reserve team, and manager Jose Mourinho is confident that it is only a matter of time before the 23 year old returns to first team action.

Mourinho said : “For the first time he played in a little training match with the players of Real’s reserve team,”.

“He played 60 minutes. Obviously he is not 100 per cent, but he is on his way. I don’t know if he will be there for the match against Sporting (Gijon, April 2 or 3) but if he is not, he will be back very soon.