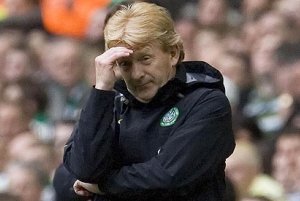 Championship club Middlesbrough have confirmed that Gordon Strachan will be the club’s new manager.

The Scot has been the hot favourite for the post since the club took the decision to axe Gareth Southgate last week.

Southgate fuelled the fire when revealing he had been tipped off Strachan had been sounded out for the job even before his departure and the club have now confirmed the appointment – with the former Celtic chief due to be paraded before the media at 2.30pm on Monday afternoon.

A statement from the club revealed that Gordon Strachan will be unveiled as Middlesboro manager at a press conference at the Riverside at 2.30pm in the afternoon.

Strachan began his managerial career while still serving as a player at Coventry before moving on to Southampton in 2001.

The former Aberdeen, Manchester United and Leeds midfielder took charge at Celtic in May 2005 and led the team to three successive Scottish Premier League titles.

Hodgson To Be Sacked If Liverpool Lose At Bolton