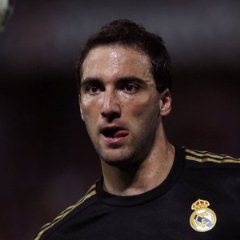 Real Madrid shook off their title-winning hangover in the nick of time to snatch a 2-1 win and serve Granada a relegation warning.

Having wrapped up their 32nd championship in midweek, the capital club appeared to still be in celebration mode when Franco Jara put Granada ahead with five minutes gone.

That was taking them clear of relegation for the season, only for their situation to be turned on its head in a dramatic final 10 minutes.

Then, at the final whistle, Granada`s players surrounded police-protected referee Clos Gomez, with Cortes and Borja Perez shown red cards, while the official also seemed to be hit by a bottle thrown by one of the players.

The scenes were reminiscent of Granada`s game with Real Mallorca earlier this season, when the same referee abandoned play after one of his assistants was struck with an umbrella.

As a result, Granada now head into their final encounter with Rayo Vallecano still not sure of safety. They are two points clear and know a draw will be enough.