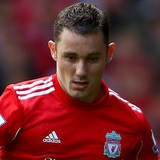 The Brazilian side have announced the signing of the 32 year old after the defender was released by Liverpool.

The versatile left sided player will now return to his native Brazil after 12 years in Europe, split evenly between a six-year spell at Valencia and his time at Anfield. Luis Suarez Insists Liverpool Have No Excuses For Title Collapse