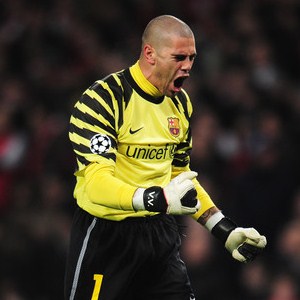 The World Cup winning goalkeeper missed Sunday’s 2-1 win over Athletic Bilbao with a problem in his left knee.

Initial reports suggested that the 29 year old would be out for six to eight weeks.

However it is now revealed that Valdes is expected to return in three weeks.

“It looks like he (Valdes) will not be out for one or two months,” Guardiola said.

“In any case we have (Jose Manuel) Pinto who has always done well and is an excellent goalkeeper.”