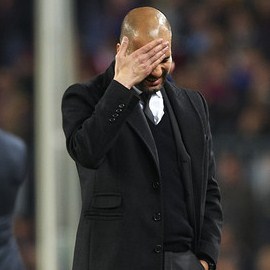 Pep Guardiola has played down talk of leaving the Nou Camp any time soon.

The Barcelona boss recently dropped a big hint that he was considering his future in an interview with Italian TV last week.

Guardiola said: “They are statements that you already know, I’ve not said anything new.

“I didn’t say that I’m going to leave, but that I’m closer to the end.

“When you’ve spent three or four years as coach of a team you are always more closer to the end of your career than continuing. This isn’t something that I’ve just said in Italy, but that I’ve said on other occasions.”