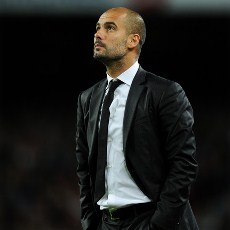 Despite United being crushed by Manchester City, the Barcelona boss has no doubt they are still one of the best teams in Europe and will bounce back from this setback.

Guardiola said: “For me Manchester United is one of the best teams in the world and nothing changes that, even losing 6-1 at home to City.

“I could not see the game on television, but I have recorded it and I will watch it at some point.”